How to Send Money to an Inmate

When a family member heads to prison, you worry about their well-being. A top concern for many is how to send money to an inmate.

Although they can’t buy much, any amount of extra cash goes a long way. Continue learning more about money in prison and choose Blackman Bail Bonds for surety bonds.

How to Send Money to an Inmate the Right Way

After a marathon of prison shows and movies, some may think they have to be sneaky. Unfortunately, once the guards see you hiding things from sight, it only makes things worse.

Money is one of the few things inmates are allowed to receive. However, if you don’t follow the right channels, they won’t see a cent. It’s best to learn how your local facility handles transferring money to one of their prisoners. Chances are, it’s easier than hiding an envelope inside of a cake.

Why Send Money to an Inmate?

Some people wonder why an inmate needs cash in the first place. After all, it’s not like they’re going to buy something off of Amazon.

The next best thing behind bars is a prison commissary. There, prisoners can buy snacks, clothes, health items, and many other approved items. Since all prisons have a huge markup on their goods, inmates need money. Make sure they are buying what they say they will and not black-market purchases. 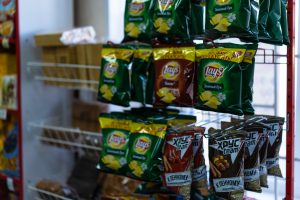 Everyone appreciates the ability to purchase snacks

Best Way to Send Money to an Inmate

Some prisons have banking systems operating within the detention center. Using these places is similar to how you visit your local branch.

Other areas may have you utilize in-person kiosks or submit money online. Unfortunately, you probably have to pay fines and fees for using them out of convenience. When in doubt, contact the facility directly, or visit them online. Knowing how to send money to an inmate is half the battle.

Can Anyone Send Money to an Inmate?

Because of the potential of abuse, a prison may not allow anyone to send cash. Some facilities have a strict shortlist that doubles as approved visitation hours. In other words, if you can’t see them, you can’t give them money. If you aren’t approved, you might have to submit it through a family member.

Many prisons also set a cap of how much you can send them each week. Thankfully, too much money on hand makes them a target, so allowing less helps prevent unnecessary mishaps.

Is it Safe to Send an Inmate Money?

When discussing prison, few things are safe for an inmate. When sending them money, it can make them a target for others. You shouldn’t send enough cash that it gets unwanted attention from the others. Even $25 a week is considered a lot for some behind bars. Stick to sending smaller amounts, or learn what they will buy beforehand. If it seems like the money is going somewhere else, stop sending it.

Stay out of jail and prepare for your prison stint. Call Blackman Bail Bonds 24-hours every day.