Can You Go to Jail for Debt?

For one reason or another, people today still see Debtor’s Prison as modern-day punishments. Thankfully, the answer to whether or not you can go to jail for debt is a resounding “no.” That doesn’t mean that you can’t go to prison over fraud or tax evasion. Plus, racking up enough debt will cause other issues such as sinking your credit score and affecting your borrowing ability.

No matter why you might end up in jail, you can count on Blackman Bail Bonds. We offer bail bond agents throughout Pennsylvania, 24-hours of every day.

When Would You Go to Jail for Debt?

While some countries still utilize debt imprisonment, most western nations no longer do. The practice was widely used in England and Colonial America, starting in the 18th Century. The reason why it’s not in effect today is because your sentence doesn’t clean the slate. In addition to time behind bars, you would still need to pay back the debt.

There were few, if any, prison standards, and some limited what inmates could do. Other jails even mixed debtors with hardened criminals, putting these citizens at risk. By 1870 the practice started declining in England, and the infant U.S.A. mostly opposed it. Today, Debtor’s Prison primarily exists in the UAE, although you may find that some debts do include prison time.

Can You Go to Jail for Unpaid Court Fees?

While the practice of Debtor’s Prison has mostly ended, it still exists in some ways. Surprisingly, some communities continue using it for unpaid court fees or traffic violations. In Pennsylvania, there are two primary ways one can end up in jail over debt. The first is failure to appear during a disposition, and the other is for unpaid child support.

Failure to appear incurs court fines that are charged directly to the person missing their court date. Child support payments on the other hand, are considered contempt of court. Beyond that, it mostly depends on what state you are arrested in. Communities from coast to coast utilize jail for specific debts.

When Can You Go to Jail for Debt? 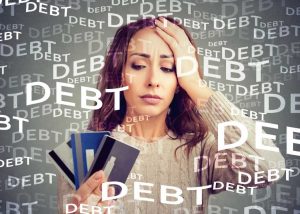 Many people confuse the practice of jail with unpaid taxes. However, that usually is charged as “tax evasion” with its own set of punishments. Cases concerning fraud, while similar to traditional debt, often require repayments to victims. They also usually include some time behind bars.

Some inmates for other crimes are forced to pay for room, board, or other necessities. Even those with minor offenses may stay in jail longer because of unpaid fees. In the end, crime doesn’t pay, and it can cost you even more. Stay out of trouble and debt altogether and avoid an uphill legal battle.

Are You Having Trouble Posting Your Bail?

The saying used to be, “if you can’t do the time, don’t do the crime.” That isn’t always accurate today, and just keeps you behind bars longer.

If you can’t post bail alone, our agents are here waiting for you to call. Contact us at Blackman Bail Bonds for 24-hour bonds to holding facilities throughout Pennsylvania.