How Much Money Does an Inmate Need for Commissary?

Watch any Hollywood movie or TV show, and money in prison quickly becomes an issue. Many people wonder how much money does an inmate need for commissary when they’re convicted?

Unfortunately, that’s a simple question with a much more complicated answer. Continue reading on about the prison commissary, and contact Blackman Bail Bonds for surety bonds.

How Much Money Does an Inmate Need for Commissary Products?

The question of cash doesn’t start with shopping at the commissary. Instead, it helps to know what is the maximum amount allowed.

In Pennsylvania, inmates can only spend $80 per week at the commissary. Some areas will cap how much a prison can charge, while others don’t impose limits.The longer someone is incarcerated, they will generally increase their spending limits. Considering the markup, that’s a good thing for those who are behind bars.

What Can an Inmate Buy at the Commissary?

Traditionally, the commissary is a lot like the one that armed forces members use. In addition to basic health and hygiene products, you can find consumer items as well.

That said, prison is a system of haves and have nots, and purchases get attention. If inmates buy new sneakers or MP3 players, they might not last long and could become a target for theft. Instead, they should focus on necessities like clothes and daily cleaning items. Otherwise, they could quickly lose out on the shiny new toys they buy.

How Do Inmates Buy Items from the Commissary? 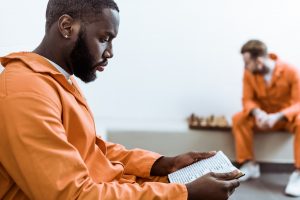 Without a way to earn much money behind bars, how do inmates go shopping? For the most part, they’re at the mercy of what family members donate.

Some prisons do have work programs, where inmates earn a small amount each day. Other places, however, don’t offer such options, leaving them empty-handed longer. If you do plan on sending money to someone in prison, there are choices. Some have onsite banks, while others allow you to deposit online or through a kiosk.

Do Inmates Need to Shop Through the Commissary?

Whether or not inmates must buy things is also a loaded question. On the one hand, all prisoners receive necessary clothing and food items from the prison. Many can attest to the lack of nutrients in the given meals. Most inmates purchase snacks to supplement their poor diet.

Others buy seasoning or flavor packets to make meals more appetizing. While the commissary isn’t a must, it does help others survive their sentencing more comfortably.

Should I Send an Inmate Money for the Commissary?

While extra shopping money is always appreciated, you don’t always know where the cash goes. Many have been taken advantage of by inmates who can also continually request more. Then, they may also use it to purchase illegal products that somehow get into the prisons, including drugs. Or, they could have it stolen from them as soon as they get it.

The best way to navigate prison is to prepare for it now. Contact Blackman Bail Bonds for your local bail bond services throughout Pennsylvania, 24-hours every day.