Understand the Difference Between Murder and Manslaughter in PA

When watching the news, you hear similar charges used without much explanation. Without knowing the difference between murder and manslaughter, details could start feeling confusing. While both are severe charges, they do have different definitions and punishments. To make matters worse, they are frequent storylines of soap operas and dramas.

Learn the difference with us at Blackman Bail Bonds with this brief explanation. Contact us day or night for reliable 24-hour service agents to any Pennsylvania facilities.

Knowing the Difference Between Murder and Manslaughter 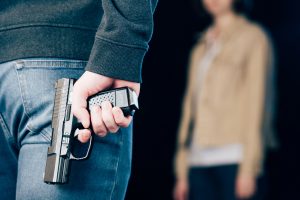 If you were to strike someone unintentionally while driving, it’s likely a manslaughter case. However, if you planned on running them over for months, it’s considered murder. Both are laws against disregard for human life but under different contexts. In some regions, proving how much malice was behind the killing also impacts a ruling.

In short, the difference between murder and manslaughter comes down to how intentional the actions are. How the circumstances unfold also plays a vital role in how the courts make their decision. There isn’t a specified amount of time in which a killing is planned. The court primarily wants to know if this was a random event or an intentional one.

How are Murder and Manslaughter Different?

In Pennsylvania, both murder and manslaughter have varying degrees of severity. While they are both homicide charges, they can take different forms.

What are the Punishments for Murder and Manslaughter?

Murder is a more severe crime, so it is charged as a felony. Manslaughter may be seen as a misdemeanor depending on the circumstances.

In Pennsylvania, any unintentional death of someone under 12 becomes a second-degree felony. All three stages of both charges result in prison and fees. Because manslaughter is the lesser of the two homicide charges, it also has reduced punishments. However, at a minimum, it will likely be seen as a first-degree misdemeanor.

When other felonies are also being committed, courts often side with harsher murder charges. Think twice before robbing a house, and even longer before taking their life.

When you are charged with less-severe crimes, you are still held in jail before your hearing. However, you don’t necessarily need to stay behind bars before the court date arrives. Even if you can’t afford to post bail alone, we’re here for you. You can call on us to provide service agents to any Pennsylvania facility.