What is a Grand Jury Indictment?

At first, someone is let go by the police without receiving charges. However, if there is enough evidence, they may still receive a grand jury indictment. This special court session bridges the gap left between the legal system and civilians. While these jurors don’t determine someone’s innocence, they do determine if crimes were committed.

How Does a Grand Jury Indictment Work?

Law enforcement members can only do so much when potential criminals refuse to cooperate. If they don’t have enough 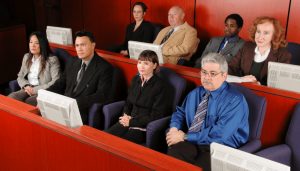 evidence, the police are forced to let them go. That doesn’t mean that the individual is in the clear just yet. If prosecutors collect enough evidence, they may assemble a grand jury.

These six to 23 randomly chosen citizens hear testimonies behind closed doors. No one, not even the press, can cover the proceedings. If the jury decides the law was broken, then prosecutors can request a criminal trial. Then, the hearing is held in public as both sides offer their defense.

Why Do We Have Grand Jury Indictments?

According to the Fifth Amendment, you cannot be tried for crimes without a court’s authority. That protects citizens from baseless crimes brought forth by the state. On occasion, that does mean that some would-be criminals are freed without consequence. When the charges dropped are severe, they could endanger others with repeat offenses.

By holding a hearing without judges or attorneys, the public can determine any perceived wrongdoing. That way, it isn’t the state forced to bring charges, but the people. Grand jury indictments help maintain the democratic side of our legal system. Without it, anyone could make up testimonies and see people wrongly punished.

How Many Members Can Issue a Verdict?

What makes a grand jury indictment unique is that they don’t always require majority rulings. In Pennsylvania, a dedicated task force operates to keep the process fair.

Depending on how many members it has, a vote only needs a certain percentage. Usually ¾ is required as a supermajority of the group. While the trial occurs without lawyers, there is a supervisory judge present. There are only testimonies given to the jury and not to the judge specifically.

The task force works in tandem but only exists to prevent tampering. Beyond that, no one else sees what happens within to protect everyone’s identities.

A Grand Jury Isn’t Required to Arrest You

A grand jury makes it easier for prosecutors to prove that they have a case. Even without one, you can still be arrested and tried without them. A grand jury indictment steps up when law enforcement finds itself unable to perform. However, when the crime is evident, a routine trial is all that is required.

Those awaiting their hearing will remain in jail unless they post bail. Call Blackman Bail Bonds for 24-hour service agents if you need help posting bail.