How to Get Out of a Bail Bond Contract in Pennsylvania

There is a very particular group of people who get buyer’s remorse over bail. Unfortunately, how to get out of a bail bond contract is an entirely different story. That being said, posting bail isn’t always for you, but perhaps for someone else. It’s often that Pennsylvania inmates reveal why they truly were arrested, changing things entirely.

While it may be tricky, it isn’t always impossible to get out of your agreement. Next time you need a bail bond, choose us at Blackman Bail Bonds for reliable agents 24-hours a day.

What is a Bail Bond Contract?

If you were to take loans out for home renovations, you would sign a contract. You would now become legally bonded to repay the bank plus their fees and interest. However, like any agreement, there are contingencies put into place should circumstances change. Similarly, your bail bond contract solidifies the loan amount and repayment plans.

Securing bonds does not make you look any more innocent or guilty than before. All it does is remove you from a holding facility before your official trial begins. Many people rely on the time before their hearing to prepare with their lawyer. The longer you stay in jail, the fewer opportunities you have to strategize.

Why Would You Cancel a Contract? 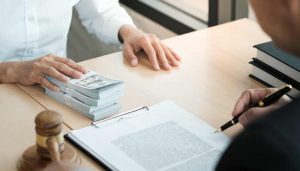 Either you, the cosigner, or the bail bond providers, may cancel the contract. However, specific steps must be taken first to prevent any unintentional wrongdoing. Sometimes, people feel uncomfortable signing their names on official documents. That can be especially tricky for those in gangs or organized crime.

Most often, bail bond contracts fail because of a lack of funds. Even though you only need to cover a down payment, not everyone feels comfortable doing so. If you bail someone out and they don’t appear in court, you become responsible. You will need to pay the bond back in full because they breached the contract.

What Happens When I Cancel a Contract?

A bail bond company will not cancel their contract simply because you want them to. They will require a valid reason for you wanting to back out. Most often, this happens when law enforcement adds additional criminal charges to the arrest. As the individual becomes more of a flight risk, it’s easy to walk away.

You don’t want to endanger your loved ones, so logically you would cancel quickly. However, once you do finalize the cancellation, they will return to jail. It may take several days for the contract to become void with your name officially. Be sure that canceling is what will benefit all parties involved before doing so.

When you or someone you know does need a bail bond contract, they need us. We continue providing convenient local service agents whenever you need us most.

We travel throughout the state to all local holding facilities. Contact us at Blackman Bail Bonds for service 24-hours of every day.