How Do Bail Bonds Work?

In the state of Pennsylvania, when a person is arrested and taken to jail, they may be given the option of posting bail. This is where the phrase “Bail me out” comes from. Bail is a monetary fee set by the jail ($20,000 in this example). Any party or person can pay a predetermined percentage of that fee to secure your temporary conditional release from jail. In most cases, 10% is the set number, so in the example below, that equates to $2000. So how do bail bonds work? We will explain how Blackman Bail Bonds can help you with this process.

How Does Bail Work?

Since most folks don’t have easy access to $2,000, there stands the option to use a 3rd party to secure the bail payment. That’s where a bail bondsman comes in. 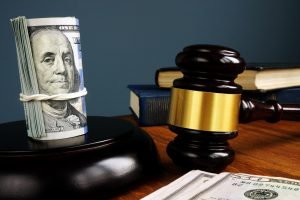 The process is essentially the same. You or your family pay a premium (in cash or collateral) the bail bondsman and sign an agreement. The bail bondsman pays the $2000 to the jail.

Once the bail bondsman posts the bail, the release process will begin. During this process, which can take some time, the inmate will have to abide by all binding laws and sign a pre-release order, outlining conditions of their release. These conditions can vary based on the kind of crime that initially brought them into the jail system.

Provided that all court dates are met, and all conditions are followed, whoever posted bail (in this case, the bail bondsman) will get the $2000 back, regardless of conviction or acquittal. The bail bondsman will keep the premium you’ve paid them. You’ve only spent $105, instead of risking $2000 of your own money to get temporary freedom. You won’t see the $105 back, and this is how a bail bondsman makes their living.

This can include seizure of assets, legal action through small claims courts, or collection through revenue services in the form of wage or tax garnishments. Further, many bail bond agencies retain the legal right and authority to locate and detain your friend to return them to jail.

They do not need a warrant and may detain the person for as long as it is necessary to return them to jail. They may even cross state lines to pursue anyone who skips bail. This may result in further costs to the defendant, and towards any party financially responsible for them.