How Fast Can Bail Be Posted?

Did your bail hearing finish and you’re more than eager to post bond and go home? Unfortunately, although you’ll undoubtedly want to go straight to your family and friends, posting your bail bond isn’t an instant process. Read on for the answer to how fast can bail be posted once the judge sets your bail terms.

Once the booking process ends, it’s time to shake off your panic and prepare for your bail bond hearing. A judge decides whether to grant you release on bail at a formal court hearing. You’ll usually attend the court session with your defense attorney who will argue your bail worthiness to the judge. 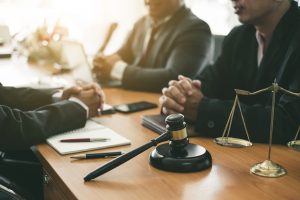 Pennsylvania judges have broad latitude when it comes to giving bail to criminal defendants. They look at things like your (1) criminal history, (2) danger to the community, (3) neighborhood ties, (4) job status, and (5) ability to flee the state when deciding if you’ll get bail.

Don’t be surprised if the judge makes you agree to some restrictions along with the dollar amount of your bail. Standard bail bond restrictions include (1) curfew, (2) staying away from convicted felons, (3) refraining from alcohol and drugs, and (4) maintaining employment. Of course, you’ll also need to obey the law and show up at all of your court hearings while you’re out on bond.

How Fast Can Bail Be Posted By A Bail Bondsman?

Unless your wallet is overflowing with cash or you’re on happy terms with a wealthy family member, you’ll probably need to contract with a local bail bonds company to post your bond. Contact Steve Blackman at Blackman Bail Bonds as soon as you know the terms of your bail, and he’ll start the work that will end with you walking out the jailhouse door.

Here are the three steps that lead you to freedom:

Lastly, how fast can bail be posted after your bond hearing? The answer depends on how quickly you can hire a top-notch bail bonds company to take care of posting your bond. Contact Blackman Bail Bonds, and we’ll get you home as soon as possible.