If you’re like many newly arrested people, you’ll start thinking about how you can get bail the moment the cell door slammed shut. Unfortunately, although a pre-trial release is a norm for many inmates, there are times when you won’t get bail. Read on for three reasons why your bail might be denied.

Before you start planning your welcome home dinner, you should know that it’s possible that you’ll live in custody until your case concludes. Three of the most common reasons that you won’t get bail include 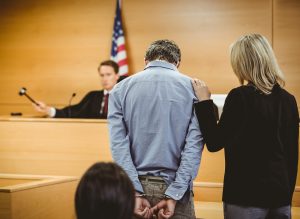 Your criminal defense attorney will work to convince the judge to grant you bail at your bail bond hearing. The good news is that experienced lawyers are experts at winning arguments and, unless you’re looking at a murder rap, there is a chance that you’ll walk out of jail on pre-trial release.

What if you can’t afford bail?

Although many defendants do receive the opportunity to post bond, the sad fact is that many of them can’t afford to get out of jail. Indeed, The Morning Call notes that Pennsylvania, along with just a few other states, tops the nation in the number of pre-trial people behind bars. A significant reason for this situation is that people can’t come up with enough money to pay for a bail bond.

Don’t lose hope if your bail amount exceeds your cash reserves. Blackman Bail Bonds specializes in helping people figure out how to post bond. Contact Steve Blackman for assistance in posting your bond money that you can say so long to jail.

Lastly, there are many reasons why your bail might be denied. Some of the most common causes include the criminal charges against you, danger to society, and the likelihood that you’ll do a runner.

Contact us at Blackman Bail Bonds as soon as you find out that bonding out is an option and we’ll work fast so that you can go home.