What Is The Life of a Bail Bondsman Really Like?

If you’ve watched any of the excitement filled bounty hunter television shows you probably have some idea of what bail guarantors do for a living. However, we all know that everyday life doesn’t always play out like a scripted cable television series. That said, here’s what you need to understand if you’re wondering what’s the life of a bail bondsman really like these days.

Education of a bail bondsman

It takes a combination of education and on-the-job training to qualify as a bail bondsman in Pennsylvania. Although we must finish at least twenty-four credits of appropriate learning, you’ll find that many of us have a college degree. We must also pass a bail bondsman licensing test and obtain a license to work in Pennsylvania and any specific counties where we want to do business. 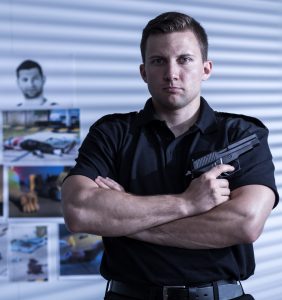 To keep a license in Pennsylvania, a bail bondsman completes continuing education courses each year. It’s essential to keep up to date in the profession as the laws and rules regarding bail bonds and criminal procedures in general change over time.

Life of a bail bondsman really like an insurance agent

Forget about any image that you might have that we spend our time chasing bail jumpers across the country. Most of our daily life looks more like that of an insurance agent than it does an action movie character. The insurance agent image makes sense since our job is to protect the court against the loss if a defendant skips out on bail.

Not only do Pennsylvania bail businesses work like insurance agents, but we also need an insurance producer license to operate in the state. The main thing to know is that we have a bunch of rules to follow.

When talking about what is the life of a bail bondsman really like, it’s important to remember that we don’t make any money without clients. At Blackman Bail Bonds, for example, families contact us twenty-four hours a day for help in arranging a bond. Indeed, Steve Blackman spends most of his day working on the paperwork to get his clients out of custody.

One thing that any bail bonds company makes sure that anyone who helps a defendant to post bond understands is that the business isn’t a charity. People who break the terms of a bail agreement end up back in jail. Bail bonds companies hire bounty hunters to find fugitives who skip out their bail bond.

Lastly, in answering the question of what is the life of a bail bondsman really like you could say that it’s just like that of many other professionals involved in the criminal justice system. We work with defendants to help them navigate the bail bonds process. Our goal is to help defendants post bond so that they don’t have to spend any more time than necessary behind prison bars.

Contact Blackman Bail Bonds for all of your bail bond needs.