What is House Arrest?

If you’ve been arrested and convicted of a crime, you will most likely have to serve time. What if you didn’t have to serve that time in jail? It’s possible that you could serve your sentence with a house arrest instead. What is house arrest, and do you qualify?

There are alternatives to jail when it comes to convictions of crimes. Some of the alternatives include probation, a suspended sentence, community service, and fines. Another alternative is house arrest, which is being confined to your home and being monitored. Instead of spending your sentence in jail, you stay at home wearing a monitoring device.

Not everyone qualifies for house arrest, and it often depends on your crime and conviction. The severity of the crime and your criminal record also helps the judge make that decision. If you’re assigned to house arrest, you’ll wear an ankle monitor. This monitor is to make sure you stay at home or only go where you’re allowed to go.

That Sounds Easy, What’s the Catch?

There are a few other facts that you need to know while weighing your options. Some can be seen as positive, others as negative. Either way, house arrest seems like a better option than being in jail.

House Arrest is Not Always a Full-Time Situation

House arrest does not mean you’re going to be stuck inside for your entire sentence. It’s also not just about hanging out on the couch and eating potato chips. You may be required to go to court-approved counseling or community service instead. You could go to work, school, or doctor appointments, depending on your sentence guidelines.

You’ll wear an ankle monitor, so when you leave the house, they will know where you’re going. You may also have a curfew, meaning after those situations, you’re required to go straight home. You wear the ankle monitor at all times, no matter what.

There is a Price to Pay Other than Time 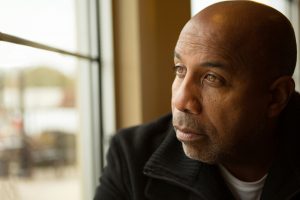 The court system spends less on house arrestees than inmates in the prison system. Keeping someone in jail costs over $20,000 per year. If the court confines you to your home, it only costs the system around $6,000 a year. That being said, you still have to pay the price of your monitor.

Using an ankle monitor is similar to using your cable company’s wifi modem. With internet service, you lease the modem for an extra cost per month. With house arrest, you pay a fee for the monitoring device and service. The cost depends on the probation department and sometimes the detainee’s ability to pay.

Sometimes a person is confined to their home as part of their bail conditions. This can be the case for people who don’t pose a danger to the community. They pay their bail money and wait for trial at home. However, they are still monitored to make sure they don’t try leaving the country.

No Time Gained for Good Behavior

Good time credits are part of an incentive program for inmates showing good behavior. If you behave while incarcerated, there is a chance you’ll spend less time in jail. All states have different programs, but house arrest doesn’t count. You’re already at home, so your sentence is not likely to be reduced any further.

Break the Rules and You’re Out

If you violate any conditions of your house arrest, you will be sent to jail. You are already getting a good deal, so make sure you keep it. Breaking the rules also lowers your chances of being able to get house arrest in the future.

Have You Been Arrested? Do You Need Help?

If you have been arrested and need help posting bail, contact Blackman Bail Bonds today. We can post bail and get you out of jail to await your trial. We’re available 24 hours a day, seven days a week, so give us a call. If you or a loved one needs help, we’re here for you.