What is False Eyewitness Testimony?

Many court trials use eyewitness testimony as a reliable source or proof of innocence or guilt. However, if the eyewitness is wrong and provides false testimony, that could mean an innocent person could be convicted. Worse than that, a guilty person could remain free and could continue with their bad behavior.

Keep reading to see how obtaining information from eyewitnesses differently can save innocent people.

The Consequences of False Eyewitness Testimony

Some eyewitnesses, through no fault of their own, are unreliable. If they see someone far away in the dark, how accurate can their recall be? What were their circumstances when the event occurred? When choosing someone out of a lineup, what if their choice was wrong?

Courts are very willing to use eyewitness testimony in court, despite it being inaccurate. Our memories consist of what we think we saw and any information we’ve since acquired. Add the stress of a crime scene, and your memory is even less accurate. Even the way a detective asks the witness a question can change their answer. 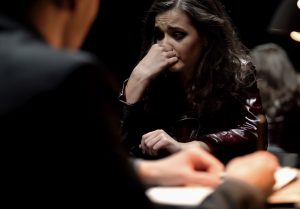 If you think of memories as evidence in a case, it’s the most easily contaminated. Detectives don’t treat eyewitnesses as they would fingerprints or samples. Interviewing people is different than collecting evidence, but some psychologists argue that it shouldn’t be. If police collected and preserved a witness’ memory differently, you’d have less false eyewitness testimony.

Over 70 percent of the 297 cases overturned by DNA evidence were based on eyewitness testimony. Those witnesses were not trying to trick the court. They were regular people who felt their recall of events was correct. A large number of people are indicted because they were picked out of a lineup.

There is also the case of mistaken identity. Even if an eyewitness has a good memory, some people look like each other. Here are 355 examples of complete strangers who met someone eerily similar despite no relation.

Another issue comes with the questioning of the witness. A witness might respond differently based on the types of words you use. If someone uses the word “hit” versus the word “crash,” “crash implies a harder impact.

Structure of the Lineup

There are two ways in which people make decisions. In one, they feel instant recognition. The other, they compare the faces of each option. Having witnesses compare people in a lineup isn’t as successful as showing them pictures individually. Giving them the photos in order, one-by-one reduces mistaken identities by almost half.

The Issue with Composite Sketches

Composite sketches are known for their inaccuracy because people aren’t programmed to reconstruct faces. They can recreate descriptions of buildings, but to do so with faces is extremely difficult. Unless you are an artist with that kind of training, recreating faces is hard. Even trying to draw someone familiar would likely produce something unrecognizable.

What To Do if You’ve Been Falsely Accused

Proving your innocence is not always easy to do. Make sure you have a lawyer and tell them everything. Try to prove you were somewhere else when the crime occurred if you can. This includes receipts, bank statements, video clips, or pictures that are time stamped on your phone. You need to show that you were not the person they are accusing.

If you’ve been arrested, Blackman Bail Bonds can help. Don’t wait in jail while your family members get money for bail. We can pay for your bail so you can await your trail from home.