What is a Public Defender?

Virtually all court cases have an individual being charged with a crime by the state. However, the typical person doesn’t truly understand – what is a public defender?

These attorneys are more than volunteers, and they still get paid. Learn more about public defenders, and choose Blackman Bail Bonds for your bail bond services.

Exactly What is a Public Defender?

A public defender is just that – someone who represents the individual and not the state. Unless you are well versed in U.S. laws, you likely can’t defend yourself. While a judge may allow self-representation, they often won’t due to your lack of experience.

Since they can’t legally try you without a defender, it’s in their best interests. Even if you can’t pay for an attorney, a public defender will represent you. Don’t try and use courtroom antics in real life when they don’t work on TV.

Do I Need a Public Defender? 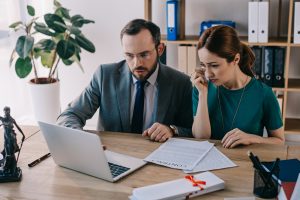 Your lawyer is on your side

As someone on trial, you must, one way or another, have someone defending you. If hiring an attorney is out of your budget, the court assigns you a public defender. This means that some may view this attorney as working for the state. However, they perform services on your behalf, as if you had hired them.

Even with low-level crimes, it’s best to have representation present, if possible. Otherwise, you could end up taking a deal that isn’t in your best interest.

Is a Public Defender Free of Charge?

Public defenders only help those who can’t pay, so many see this as free representation. However, for most states, indigent defendants still owe money for their “free” lawyer.

In Pennsylvania, the court usually doesn’t issue defenders unless it’s a criminal case. That also means that many low-level offenders could be disproportionately punished. Many communities are seeing budget cuts and operating deficits for pro bono work. Which could mean a shortage of public defenders and longer holding times in jail.

Will I Have Only One Public Defender?

When you’re passed to more than one lawyer, it’s called horizontal representation. While it’s not a bad thing, it could mean a lack of communication, too. Make sure you discuss every new change and development to your current lawyer. Otherwise, they aren’t working with all of the details in your case.

Are Public Defenders Bad at Their Jobs?

We’ve all seen the sweaty, bumbling public defender on law dramas and films. However, in the real world, most have seen more court time than private lawyers. These attorneys have still been to law school and passed their Bar exams. In other words, they have the same skills and background that private lawyers offer.

Don’t Stay in Jail Before Your Trial

The best way to shop for attorneys is to get out of jail. Get help posting bail 24-hours a day by hiring Blackman Bail Bonds now.