What is a No Knock Search Warrant?

If you’ve never heard of a no knock search warrant, it’s exactly as it sounds. Police officers who obtain a no knock warrant can enter a suspect’s home without announcing themselves. This warrant is used if a prior-to-entry announcement might lead to the destruction of evidence.

Keep reading to learn more about no-knock search warrants and why they are considered controversial.

No-knock warrants give the police the right to enter your premises without announcing themselves. Some police departments, however, still announce themselves before entering, according to policy. The difference is that they don’t wait for anyone to answer the door before infiltrating. This lets the suspect know it’s the police but doesn’t allow time to hide evidence.

If done this way, it could save the evidence and the lives of everyone involved. The police don’t want mistaken identity to lead to the injury of their officers.

The Issue with No-Knock Warrants 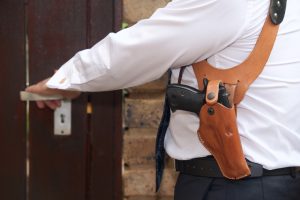 The problem with these warrants occurs when they lead to unnecessary injury or death. By coming into someone’s home, that person might think the police are breaking in. If that person shoots at what they think are intruders, the police would likely shoot back. Without knowing they are the police, the person could just be defending their home.

In some states, “stand-your-ground” laws allow people to defend their homes with lethal force. That is, if someone in plain clothes comes into your home and you don’t know who they are. If you are defending your home from invaders, and they turn out to be police, and you shoot at them, they will shoot back, possibly killing you or your family.

The Death of Breonna Taylor

A no-knock warrant led to the death of Breonna Taylor, a 26-year-old woman in Kentucky. The police did not announce themselves before entering her home. When her boyfriend shot a warning shot, defending his home, they shot back. Breonna Taylor died after sustaining eight gunshot wounds.

As a result, the city of Louisville, Kentucky, has temporarily suspended no-knock warrants. Other states, such as Oregon had already banned them, for the same reason – safety. Some disagree with this, stating the helpful aspects of the no-knock warrants when issued properly.

How Can the Police Issue No Knock Search Warrants Safely?

While the police argue that no-knock search warrants are necessary in some cases, others disagree. These raids have increased over the years and often lead to unnecessary violence. As mentioned above, there are ways to successfully issue the warrant without causing unnecessary harm. Below are just a few options that can help with the problems of these warrants:

This allows the police to enter the home while the suspect is likely sleeping. This takes away the possibility of confrontations. The police need to announce who they are and that they have a warrant. Even if they don’t wait for a response, this will likely help de-escalate the situation.

Arrest the Suspect Away from Their Home

Arresting the suspect away from their home allows the police to search without hindrance. Once they’ve contained the suspect, the police can conduct their search without issue. This is just one more way that a no knock search warrant can work without causing unnecessary damage.

Keep the Community as Safe as Possible

If you’re going to issue such a warrant, try to make sure the area is clear. If there are bystanders, they could get hurt. If there are kids waiting for the school bus, that could pose a problem. Do your best to keep the community safe.

Have you or a loved one recently been arrested? Blackman Bail Bonds can help get you out on bail while you wait for your trial. We have the experience you need to help you during this process. Contact Blackman Bail Bonds today and spend your time waiting from the comfort of your home.