What is a False Arrest and How Do You Prove It?

Have you ever been held against your will by a police officer or security guard? If so, it may have been an unlawful, wrongful, or false arrest. If you feel you’ve been falsely arrested, you could take them to court. Keep reading to learn what qualifies as a false arrest.

A false arrest occurs when a person’s freedom of movement is unlawfully restrained. It includes holding someone against their will or taking them into custody without legal justification. This applies to any person, not just police officers or people of authority.

How Can You Prove You’ve Been Falsely Arrested? 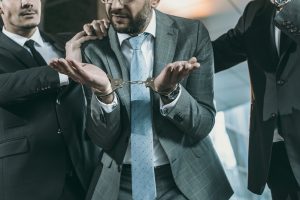 Typically, the plaintiff must show their knowledge of the confinement and the defendant’s intent. They also need to prove that they did not consent to the confinement. The court also has to decide if the arrest was lawful, based on the evidence. Let’s look closer at these five elements that could lead to a false arrest.

False arrest is an intentional tort, meaning the person had to do it on purpose. Most wrongful arrest lawsuits involve security guards, store owners, and police officers. In most of those cases, their intent is obvious. Sometimes, the intent is disputed, like a manager accidentally locking the dressing room before closing.

Awareness and Consent of Confinement

These two options are not usually disputed in a false arrest case, due to logic. If someone is unaware of being confined, why would they file a wrongful arrest complaint? The same goes for consent. If someone consented to the arrest, they wouldn’t be claiming false imprisonment.

If an arrest is legally justified, that means it was “privileged.” This is the most highly disputed piece of an unlawful arrest case. If the defendant had a warrant or a court order, that shows a justifiable arrest. They could also try to show probable cause, but that’s more difficult to prove.

For a probable cause to apply, there needs to be sufficient facts to prove it. The arrestor has to show that the arrestee had committed or was committing an offense. The definition of probable cause allows for a broad interpretation. But, if the officer believes that the person committed a crime, they can arrest them.

False arrests can sometimes be confused with unlawful stops or seizures. An officer stopping someone on the street to ask for ID is an unlawful stop. So this is not an unlawful arrest because you’ve only been stopped, not arrested. Officers can claim “reasonable suspicion” to stop others, which can become probable cause and arrest.

If You Feel You’ve Been Unlawfully Arrested

Once you feel you’ve been wrongfully arrested, tell the officer it is wrongful. Once you’ve made that statement, the officer has to ask for evidence of wrongful arrest. If you can prove it, the officer cannot arrest you, without it, they can. Once that occurs, make the claim again in the presence of a lawyer.

If you believe you’ve been wrongfully arrested, talk with an attorney. If you have a case against the arrestor, they will tell you. Therefore, a local attorney with experience in that matter is the best option in this case. Click here to find an attorney near you that can help.

If you’ve been wrongfully arrested, there are a few options you can claim. This includes lost wages, damage to your reputation, or embarrassment. You can claim physical harm, illness as a result of wrongful arrest, or excessive force. You can also use malicious prosecution, a wrongful conviction, or punitive damages.

If you plead guilty to any charges, your wrongful arrest lawsuit will be thrown out.