How To Find A Bail Bondsman Near Me Worth My Money

How to Find A Bail Bondsman Near Me Worth My Money

There’s no doubt that the last thing that you want to do when you need bail is to try and choose the right bail bondsman. Well, relax and focus on the more critical job of working with your criminal defense attorney because we’re about to share the answers to what you need to know when you ask “who is the best bail bondsman near me?”.

For most people, five minutes in jail is plenty of time to realize that it’s time to go home. If you find yourself in this horrible position, the first thing to do is to take a deep breath and wait for the judge to set your bail amount. Then you can either (1) pay the entire amount, (2) use property to cover the amount, or (3) contract with a bail bonds company.

If you can’t afford to pay for your bail and don’t own valuable property, a bail bonds company will guarantee the total amount of your bail in exchange for a nonrefundable fee called the bail bond premium. However, before you hire a bail guarantor, it’s vital that you check to see that you’re working with a legitimate bail bonds professional.

Here are four things that top quality bail bonds companies have in common.

Make sure that any bail bondsman that you’re considering holds the right kind of licensing. All Pennsylvania bail bonds professionals must keep a valid insurance producer license before they begin bailing anyone out of jail. A reputable bail bondsman is always willing to show proof of a valid license. 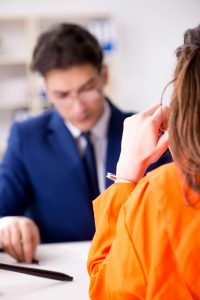 Who wants to sit in jail longer than necessary just because the bail bonds company shuts down at five p.m. every day? You won’t need to worry about this frustrating scenario when you go with a business that offers twenty-four hour, seven day a week service. For example, Blackman Bail Bonds is always open for your phone call, and Steve Blackman will immediately begin assisting you with the bail process.

Bail bondsmen are not all the same when it comes to treating clients with respect and understanding. There’s no question that you and your family are in the middle of a personal crisis if you need bail money and you can make everything more comfortable if you hire an honest and upfront bail bondsman. With so many of us in the bail business, you never need to choose someone who rubs you the wrong way. Instead, contract with the person who makes sure that you understand everything about your bail situation and takes the time to explain every paper before you sign.

Lastly, when you’re searching the web for “bail bondsmen near me” in the Harrisburg area know that Blackman Bail Bonds is an upright business that strives to make the bail experience manageable for you and your loved ones. Contact Steve Blackman today for caring help with all of your bail bond needs.