Let’s be honest; when you find yourself behind bars, the only thing that matters is going home. Fortunately, the opportunity to get bail makes it possible for you to live at home while your criminal case is pending. Let’s look at how something called the bail bond premium can have you sleeping in your bed as soon as possible.

Unless you’re one of the scarce individuals who is released from jail with the mere promise to appear at all of your required court hearings, you’re going to need to come up with a way to cover the total bail amount set by the court.  Even though the bail amount might seem like more money than you can pay, it’s important to remember that bail is a good thing because it lets you live at home instead of jail while you’re waiting for a decision on your case.

One of the downsides of bail is that, since its goal is to make sure that you attend your court hearings, the dollar amount is often much higher than you can comfortably afford. The happy news is that you won’t need to come up with all of the cash necessary to cover your bail amount on your own. Instead, you can contract with a bail bonds company, like Blackman Bail Bonds, to put up the full bail amount for you in exchange for what’s known as the bail bond premium and enough collateral to cover the remaining amount. 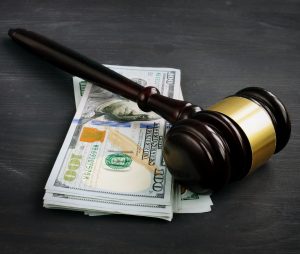 Since no business is going to cover the cost of your bail without some assurance that you’ll show up in court on time, you’ll most likely need to give the bail bonds company some form of collateral. Examples of this insurance include (1) real estate, (2) car with title, (3) cash, and (4) jewelry. Always remember that you’ll lose your collateral if your bail is forfeited because you fail to appear for your court dates.

Lastly, a handy way to think about the bail bond premium is that it’s the fee for the bail bondsman loaning you the money so that you can get out of jail. In essence, for a payment of five to ten percent of your bail, you’ll get the chance to continue living your life while the legal process unfolds.

Blackman Bail Bonds is here to help you get through your legal troubles. Contact us for help posting your bail bond today.