Housing for Inmates Released from Jail

Searching for a home when you get out is difficult if you’ve been in prison. Parole restrictions may require you to stay in certain areas, and landlords may not rent to former offenders. Housing vouchers and public housing for inmates released from jail are also restricted.

The Problem with Finding Housing for Inmates Released from Jail

If a loved one is struggling to find housing after leaving prison, they’re not alone. There is a housing crisis for previously incarcerated people. It’s hard to find work when you get out of prison. Therefore, if you can’t find work, how will you pay rent?

A Massachusetts report found that former inmates are ten times more likely to experience homelessness. 54% of New York inmates move into a city shelter after being released from prison. Many that don’t have steady housing after their release are likely to go back into the system. 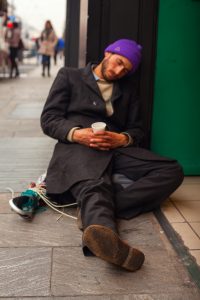 Landlords are faced with difficulty, as well. When they find out someone has a record, they’re worried about the safety of their other tenants. They’re also worried about running background checks and being sued for housing discrimination. Some landlords are being advised to consider the type of crime the former inmate committed.

In other places, local ordinances make it nearly impossible for former offenders to find housing. California’s Clayton City Council banned housing for two or more people on parole or probation. A councilwoman stated that she wanted a difficult process so that convicts would go elsewhere.

Federal law prohibits those convicted of manufacturing methamphetamines and registered sex offenders from public housing. Individual authorities, however, have a broader discretion to keep out other types of offenders.

But racial and ethnic minorities have a much higher chance of arrest and incarceration. Refusing to rent to someone because of their record could violate the Fair Housing Act. Unfortunately, those guidelines aren’t specific enough to critics of the U.S. Department of HUD. People will do whatever they can to keep former inmates out of their area.

What is Being Done About This Problem?

Some states and cities are looking for a solution to this problem. How can they help inmates find places to stay while keeping the public safe? Delaware’s governor started a commission to help solve the housing and employment challenges inmates face. The Tacoma Housing Authority in Washington gives rental assistance to previously incarcerated college students.

New Orleans Housing Authority is working to make it easier for ex-offenders to obtain housing. They do this by updating the screening process. Cities such as Washington D.C. and Seattle bar landlords from asking for people’s convictions on rental applications.

In Atlanta, the Georgia Department of Corrections opened the Metro Reentry Facility. This is meant for prisoners who are scheduled to finish their sentences within 18 months. It is believed to be the first transitional prison and helps inmates to leave with a home and a job to pay for it. Classified as returning citizens, inmates receive vocational training, comprehensive counseling, and housing support.

This is essential for people who have been in prison for long periods of time. It helps them re-acclimate to a world they’re not used to.

The Homecoming Project at Impact Justice, a non-profit in California, helps former inmates. The program matches recently released inmates with homeowners who are willing to take them in. The homeowners receive $25 a day to teach the inmates how to live their new life.  So far, five of the former inmates have successfully completed the program.

If you have been arrested and need help with bail, please contact Blackman Bail Bonds.