Do You Get Bail Money Back in Pennsylvania?

When you get arrested, you start counting every cent because you just don’t know what the future has in store for you. And while you know that you want to post bail, you can’t help but wonder do you get bail money back?

It’s understandable that you need to get out now, but you may not want to take on the financial risk. It’s important to know what the possibilities could be should you run or lose your trial. 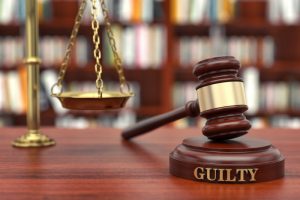 Not if You Get Convicted

While it is possible to get your money returned, it often depends on how the trial goes. If you’re found guilty, then you probably aren’t getting a refund.

If you are not considered innocent, then the court usually takes what you would have received back and put it towards your total court expenses. While you still have more costs to take care of, it at least makes it a little easier to clear.

If you pay your bail amount up front in cash, you can get a complete refund after trial, and depending on the status of your conviction. When bail bond companies get used, however, they get their cash refunded instead.

Since agents are the ones coming up with the funds, it’s only fair that they receive the funds back. Although you should receive a percentage back, it’s up to the service provider that you hired.

Property bonds typically only get considered for specific kinds of trials. If the defendant decides to skip their suit, the state seizes their property.

These bonds should get released as well, depending on how the trial went. However, as it is used to secure your release, it is possible that you will lose what you offer for collateral.

It’s Too Soon After Trial

You may qualify to receive your cash back after trial, but you might request too soon afterward. It often takes several weeks for the court to mail it out, and it could be over a month before you see it.

Although it’s frustrating, there isn’t a lot you can do other than wait. If you don’t see it within that time, give the court a call to verify it has been sent.