Do Police Have to Tell You Why They Pulled You Over

An officer doesn’t need to give a full dissertation on their reasoning but they do have to provide you with some level of explanation as to why they pulled you over. We’ve been raised on TV shows and anecdotal evidence that police are the good guys and are always completely truthful. Unfortunately, in the current social climate, there has evolved a bit of a grey area with that once believed idea. Do police have to tell you why they pulled you over? This is where it gets complicated. They do, but they may have a deeper reason than what they tell you.

For example, an officer may pull you over and claim that it was due to a burnt-out brake light, then will ask some unrelated questions to determine if you’re impaired, which could lead to a sobriety test.

Regardless of the actual reason an officer stopped you, they have to be able to provide a reasonable cause of suspicion that you either committed a crime, were about to commit a crime, or your behavior was suspicious enough to ask about your welfare.

Not every stop is because you’ve done something wrong. Oftentimes, police only want to let you know that there is an issue with your car that could cause a safety hazard.

What Should I Do When I’m Pulled Over? 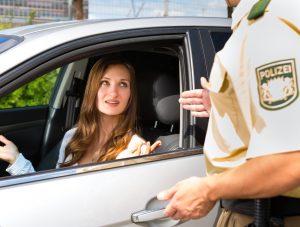 You should make sure to stop in a safe place. Pull as far off to the side of the road as you safely can to avoid other cars colliding into you or the officer while you’re stopped. You could even pull into a parking lot where you’re off the road entirely. And you will wonder, do police have to tell you why they pull you over?

Below are some tips to help the situation:

If you’re pulled over or stopped by officers in a public setting, you can ask why you’ve been stopped. Remain calm. Despite the burden of de-escalation being on the officer, they’re not always going to act in the best interests of the person being questioned. Keep in mind also, that calm and cooperative doesn’t mean admitting fault.

You Have the Right to Remain Silent

You’ve heard the Miranda rights over and over through TV, and while the Miranda doesn’t need to be read immediately, it is best to keep that in mind. This is less likely to be an issue in a typical traffic stop, but it is good to keep in mind. Describe your actions as you’re following an officer’s demands so that they aren’t startled into motion that could have been prevented.

You Have the Right to Deny a Search

You can not legally be compelled to allow an officer to search your person or property without arrest or warrant. Police may pat you down if they suspect you may be carrying a weapon that could pose a threat to themselves or the safety of others.

If an arrest takes place, you will coordinate with the police to have your car moved to a safe place, and retrieved later as evidence, impound, or to your family. You’ll be booked into the local jail and held until court proceedings occur, which is usually the next business day.