Can a Judge Add Charges?

Can a judge add charges? You feel pretty lucky because the District Attorney wants to send you to prison on a robbery charge that you think you can beat. Should you worry about the judge adding charges against you before you plan your next vacation?

Can a Judge add Charges to Your Case?

You’ll face multiple legal proceedings between your arrest and when you meet the jury during your trial. The police will charge you with the criminal acts that led to your arrest. In Pennsylvania, there is a preliminary hearing where the government presents the basis of the criminal case to a judge who decides if there is enough evidence to proceed. The District Attorney then puts forward an official charging document that notes, in numerical order, each charge against the defendant. 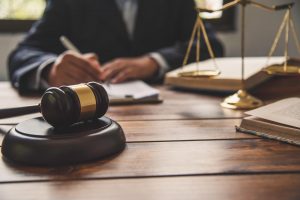 Have you seen those movies where the judge is out to get the defendant and heaps a bunch of new charges on them during the trial? Contrary to the films, real-life judges do not have the power to add on to the charges against the individual facing trial. It is fully up to the prosecutor to make charging decisions.

When can the Prosecution add new Charges?

Pennsylvania prosecutors can add more formal accusations before your trial. The key for the District Attorney is that they must show that the new charges come from the same circumstances and factual evidence as to the original crime. Thus, you might face more than the robbery charge by the time that your case ends up in the courtroom.

The District Attorney might decide to increase the pressure on you to make a plea deal by adding additional charges. Prosecutors often use charge stacking to terrify a defendant into accepting a plea bargain. Expect that your criminal case might change significantly between the time you first hear the formal charges and when your trial begins.

You could also hear new charges throughout the criminal trial itself. The prosecutor won’t hesitate to amend the charges if new evidence comes up during the trial.

Lastly, can a judge add charges to your criminal case? The answer to that question is no. Each element of the criminal justice system has a role, and the prosecutor files the formal charges against the defendant.

Contact the experts at Blackman Bail Bonds when you can’t imagine sitting in jail until your criminal case concludes in the Harrisburg, PA area.