What is a Pre-employment Drug Test?

When Do Employers Administer Drug or Alcohol Tests? 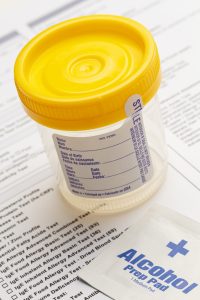 Drug testing rules depend on the state you’re in and the company you’re applying for. Some states have limits with regard to when and how companies can test. Testing must be consistent, meaning companies can’t randomly pick certain people to test. If you want to test one applicant, you have to test all applicants.

There are many different types of drug tests that employers might use for job applicants. These include urine tests, hair tests, blood tests, breath tests, saliva tests, and sweat screens. Companies might also forbid the use of certain drugs, even if they’re legal in your state.

A mouth swab is also called an oral fluids test or saliva test. Saliva is taken from the inside of your mouth and analyzed. It can detect drug use from two hours to two days previously.

Hair drug tests look at 90 days of drug use. It does not test what is in your system currently, only in the past. Hair tests only detect drug use, including marijuana, cocaine, opiates, phencyclidine, and methamphetamine. One hundred strands of your hair are cut close to your scalp and analyzed.

A blood drug test can be used to screen for illegal drugs. The test looks for drugs or alcohol that is in the blood. Drugs they screen for include nicotine, alcohol, opiates, marijuana, cocaine, and methamphetamines.

Urine drug tests are the most common form of pre-employment and employee drug tests. The test shows drug residues that stay in the body even after the drug has worn off. From an employer perspective, it’s more effective than a blood test. Blood tests only look at what is in your system at that moment.

Also known as a breathalyzer, breath alcohol tests measure amounts of alcohol in your blood. These tests only show current intoxication levels, up to an hour before it is taken.

Substance Abuse Regulations in the Workplace

There are both federal and state laws that provide guidelines for employers to use. They are allowed to require drug and alcohol testing as part of the pre-employment process. Employers can also test for drug use after you’ve been hired. If you test positive, that is grounds for firing.

What if Marijuana is Legal in My State?

The federal government has not legalized marijuana. This means that in some states, marijuana is illegal. Even if marijuana is legal in your state, your employer can still forbid it. In some states, like New York, using prescribed medical marijuana cannot be grounds for dismissal.

If you or a loved one has been arrested for drug use, contact Blackman Bail Bonds. We can help you post bail so you can await your trial at home. We’re available 24/7 and are here to help.