What Happens If You Miss a Court Date?

Navigating the legal process can be confusing, especially with so much misinformation. Among the top questions asked is, what happens if you miss a court date?

As a local Pennsylvania bail bonds service, we have the answers you seek. Continue reading, and then hire us at Blackman Bail Bonds. We’re available 24-hours each day.

What Happens If I Miss a Court Date?

Despite what your friends might have said, court dates are set in stone. Missing them is considered a serious offense, or otherwise known as a Failure to Appear.

The judge expects you to arrive and plead your innocence. When you don’t do that, they issue a bench warrant for your arrest. When that happens, you likely will be denied bail because you’ve already left once. Since you didn’t show up to your hearing, you are now considered a flight risk.

Can I Be Arrested for Missing a Court Date? 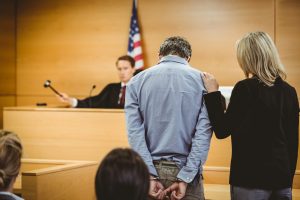 Not only can you be arrested for missing a court date, but it’s nearly guaranteed. If you had taken out a bail bond, or surety bond, your problems double.

The police won’t be the only ones searching for you if you bailed out first. Because bail bondsmen don’t get paid until you appear, they owe the court money and will be looking for you also. Once they capture you, you are now liable for the full amount, plus fees. As a repeat offender, it gets harder to post bail in the future.

How Long Do I Have to Contact the Court?

The longer you’re on the run, the worse things get. Even if you don’t plan on harming others, the cops see you as a threat. Fleeing from both cops and bounty hunters is a poor decision for many reasons. Time isn’t on your side, and will quickly run out.

Something minor like unpaid parking tickets aren’t worth risking your life, and you should come forward. Sometimes, a judge is willing to hear why you missed court at all.

What is a Bench Warrant?

Bench warrants are issued by judges to hold others in contempt of court. Arrest warrants, on the other hand, are given because you’re suspected of a crime.

While not as severe, it still allows you to be arrested for missing court. Receiving a bench warrant doesn’t automatically mean you are guilty. Unforeseen events, such as traffic collisions, can be excused from bench warrants. Speak with your attorney to know how you should best handle your charges.

Is Contempt a Serious Charge?

You often see fictional attorneys laughing off a contempt of court sentence. In real life, however, it isn’t as much of a walk in the park. Most contempt charges occur from willfully disobeying the judge or direct court orders. As a result, you’re recaptured to prevent further trial interruptions.

Your fines and cell time often are dependent on the judge’s decision. The worse you act, the more severe your punishment.

If you need to prepare for your upcoming court date, contact us. Blackman Bail Bonds offers 24-hour services throughout Pennsylvania.