Arrested Again While Out On Bail? What happens now?

Are you currently out on bail and you just found yourself in the unenviable position of hearing your rights being read to you once again? Don’t lose heart; being arrested again while out on bail isn’t the end of the world. Here’s what you need to know when disaster strikes and you end up behind bars while you’re out on bond related to another charge.

Think of bail as a gift

It’s helpful to think of the bond as a gift when we look at the question of what might happen to you if you face arrest for a new offense while you’re out on bail. Remember that when you received a bond, it allowed you to live at home while your criminal case was underway. There’s nothing quite as calming while you’re experiencing the fear of facing criminal charges as being able to continue living your life throughout the criminal proceedings, and the ability to obtain release from jail while your case is underway is a gift. 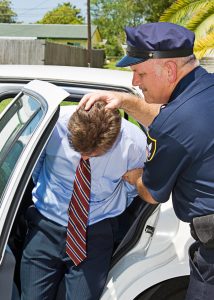 However, make no mistake about it; the ability to post bond is a conditional gift that depends on your promise that you’ll attend all of the court hearings in your case as well as abide by all of the rules that the court places on your release from jail. Typical conditions of bail include

Remember how you promised not to disobey the law again if you acquired bail? One of the most significant problems that you’ll face when rearrested while out on bail is that you’re breaking the promise that you made to the court that you would operate as a law-abiding citizen during your criminal case.

Consequences of getting into legal trouble while out on bail

Make no mistake about it; getting arrested while you’re out on bail is never a happy event, and you’ll likely face the consequences. Some of the upsetting things that might happen include

It’s possible that you might not be allowed out of jail on bail if you commit a new crime. If so, prepare to adjust to life behind bars until the criminal cases conclude.

Even if you can get out of jail, keep in mind that you’ll need to post bond for both criminal cases to get out of jail if your original bail ended when the handcuffs went onto your wrists and you were arrested again while out on bail. Thus, the bail bond premium that you paid to the bail bondsman for your first release from behind bars won’t matter anymore and you’ll need to come up with enough money to cover the amount due for the two new bail bonds.

Along with the fact that you’ll probably need to post bond for both cases, the court might increase the amount of money that you must pay for the bonds. So, you could face the difficult situation of (1) losing the original fee for the bail bondsman, (2) paying two new bail bond premiums to your bail bonds company, and (3) higher bail bonds amounts.

All of us at Blackman Bail Bonds know that getting arrested is one of the worst experiences in life and we’ll do everything that we can to help you to secure a bail bond so that you can go home to your family. Whether this is your first arrest or you were just arrested again while out on bail, you can rely on us for upfront advice and a helping hand as you navigate the criminal justice system. Contact us for immediate bail bonds assistance.